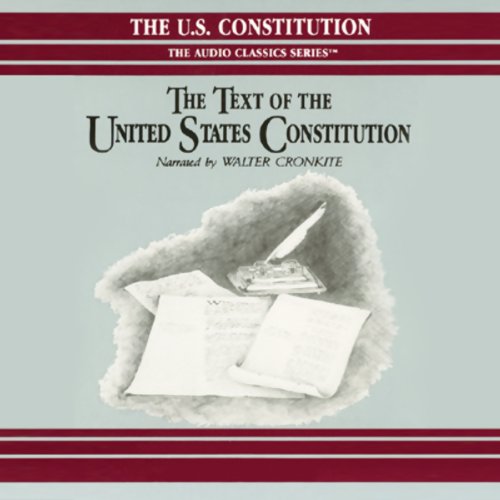 The United States Constitution both established both a strong central government and protected states' rights. But to say that something is of two parts is not to say that the parts are equal. Advocates of state sovereignty believed the Constitution created an executive power that was so strong it might as well have been a monarchy, while advocates of national government felt that a strong executive was essential to steer America through crises. Between these two positions, the living body of the Constitution was sculpted.

Over and over, the delegates to the Philadelphia Convention clashed and compromised. Slavery, a bill of rights, legislative representation - all the battles over these issues are enshrined in the language of the Constitution. To fully appreciate the Constitution, it is necessary to understand the questions it sought to resolve.

Produced by Pat Childs with music by Ralph Childs.

This is a great start for anyone seeking more information about the U.S. Constitution. In fact, not to get into a political discussion, I imagine many of our politicians who often pontificate on the Constitution and how it should or should not be interpreted would find this book very puzzling. No matter what their view may be, they would find some support and a lot of lack of support for their views. I think this is a great, albeit somewhat shallow, book that is a good start, but certainly not an ending point on learning more about our Constitution.

A good play by play of the US founding. A lot of stuff you will not get in a modern day public school education.

Well Worth Your Time!

I will be looking for other books on this subject but in the meantime, this book is an excellent starting place.