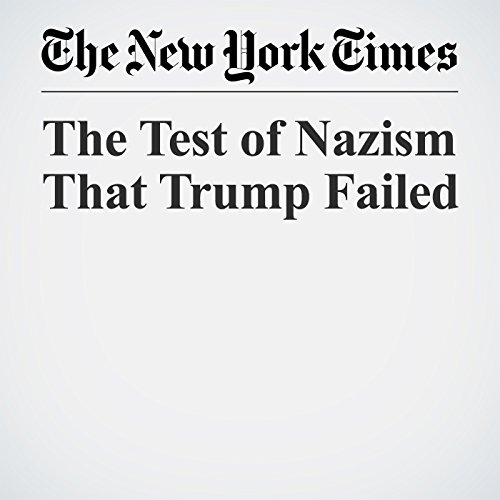 “No. 1, I am the least anti-Semitic person that you’ve ever seen in your entire life. No. 2, racism, the least racist person.” So the president said at a news conference in February. These words left me uneasy. A moment ago, as I was looking at photographs of young men in Charlottesville, Va., who were from my home state, Ohio, and thinking about the message “Heil Hitler” on the T-shirt that one wore, it dawned on me why.

"The Test of Nazism That Trump Failed" is from the August 19, 2017 Commentary section of The New York Times. It was written by Timothy Snyder and narrated by Keith Sellon-Wright.