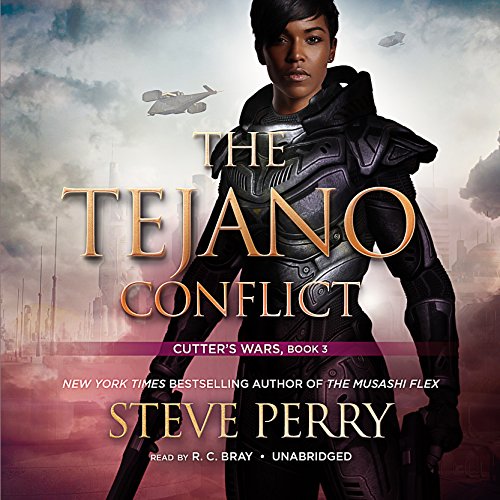 At the end of the 24th century, war is fought in a civilized manner: Each side hires mercenaries to engage in combat in specifically designated areas. To the victor go the spoils - whatever they may be.

After a couple of assignments involving more intrigue and skullduggery than the Cutter Force Initiative ever wanted, the unit is looking forward to being part of a straight-up, short-term industrial war on Earth.

Cutter agrees to a support role offered by an old army comrade who's now a general in a larger military force. The pay is good, the unit happy. All they have to do is basic ranger stuff: sneak and peek, shoot and scoot.

But what starts out as a corporate fight to occupy a valuable piece of contested territory quickly goes sideways, and once again Cutter and crew find themselves in the middle of situations in which things aren't as they seem, and the unit must determine the truth - or lose more than just a battle.

Not as good as the first two, but it was worth listening to since it was free. Definitely some things that don't make sense with the characters decisions in the end. The ending leaves a lot of questions unanswered. I guess the team is broken up and they go their separate ways and never speak to each other again. Again just meh.

I really enjoyed this series. Glad I stumbled upon it. I listened to all 3 books in as many days.

the expressed perspective on Christianity is shallow, narrow-minded, and bigoted. the self-righteous accusation of self-righteousness is ironically hypocritical

A great thrill ride for the military sci-fi junkie! And RC Bray is excellent as usual!

I have listened to the three books in this series many, many, many times. and probably will again.

Great story. Line up is ofcourse the same but I think the easiest plot to follow so far. If writer run empty of stories I would not be surprised to see a new attempt on the world largest trilogies (which is 5 and 4 I think, finished the 4th in one the other day.

The series was extremely well developed in my mind. It had a solid plot, it also had inner geek laughing at the well timed jokes

An excellent addition to a wonderful series. Good story, great performance. Had me hooked from the beginning of volume one! Here's hoping for a part four. I would miss the/my family otherwise!