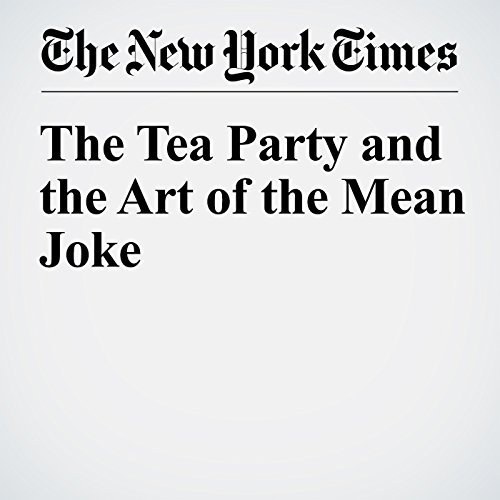 The president-elect has the blunt pugnacity of the Breitbartian style. Like his tweets, his policy statements have the brutal concision of jokes. On the state of the nation: “This country is going to hell.” On the Islamic State: “Bomb the [expletive] out of them.” On waterboarding: “I love it. I think it’s great.” On immigration: “Build the wall and make Mexico pay for it.” On Hillary Clinton: “Lock her up!” On climate change: “It’s a Chinese hoax.” His schoolyard nicknames for opponents have the same flavor: Little Marco, Lyin’ Ted, Low-Energy Jeb, Crooked Hillary, Crazy Bernie, Goofy Elizabeth Warren.

"The Tea Party and the Art of the Mean Joke" is from the January 06, 2017 Opinion section of The New York Times. It was written by Jonathan Raban and narrated by Paul Ryden.