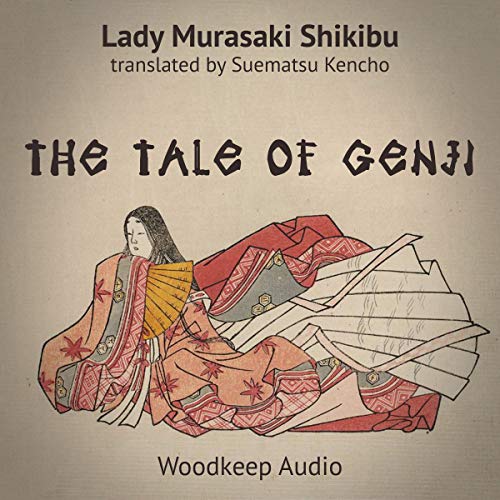 Japanese noblewoman Murasaki Shikibu wrote The Tale of Genji in the 11th century to entertain the other women in the court. It follows the romantic exploits of the title character, an emperor’s son, as he navigates life within aristocratic society and eventually outside of it. Praised for its psychological insight into the characters’ motivations, the book greatly influenced Japanese culture and is widely considered the world’s first novel. In 1882, Suematsu Kencho translated a condensed version of the text into English, allowing this classic tale to reach a wider audience.

Couldn't listen to an entire chapter

I can't really review the story due to the narrator. The inflection and tone used are almost entirely monotonous and rendered the few Japanese words I know unintelligible. The rhythm of her sentences was so strange (think MS Sam) that even straightforward sentences became difficult to understand.

The translation is lazy, requiring listeners with an understanding of both Japanese and heian court etiquette. This is an awful book.

I just can’t. The narration is very dry making it difficult to follow. Had to return this book.

Fascinating slice of life in 11th century imperial Japan nearly ruined by narrator who read too fast with little difference in inflection from character to character and emotion to emotion. Would love to hear this read by someone who was interested in what this book had to say and it’s characters. Would probably add an extra 45-60 minutes that would be well worth it.

a terrible story about a womanizer prince. unbelievable this is a prized work. crazy world.

I loved the tale of Genji a lot for the language that it used was exquisite. But the voice I felt did not portray the writings as well as I would wish. The voice was a bit robotics and didn’t portray how poetic the words were. Still I think it was great for the story was interesting and fun to listen too.

The Tale of Genji is a masterpiece of world literature, this audio version doesn’t do it justice. The readers voice is totally flat, there’s no modulation or expressiveness in the voice. Read the actual book or find a different version.