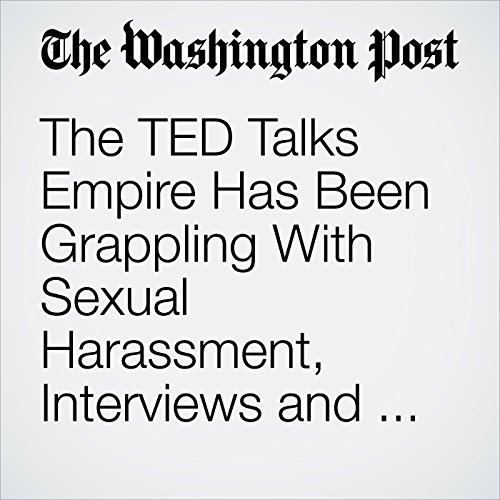 At least five people told TED officials that they were harassed or groped during the organization’s flagship conference in Vancouver in April, according to interviews and email correspondence seen by The Washington Post.

"The TED Talks Empire Has Been Grappling With Sexual Harassment, Interviews and Internal Emails Show" is from the November 17, 2017 Business section of The Washington Post. It was written by Elizabeth Dwoskin and Danielle Paquette and narrated by Jenny Hoops.