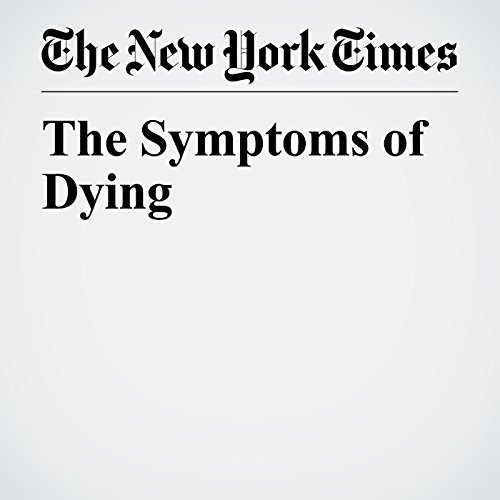 The Symptoms of Dying

Dying has its own biology and symptoms. It’s a diagnosis in itself. While the weeks and days leading up to death can vary from person to person, the hours before death are similar across the vast majority of human afflictions.

"The Symptoms of Dying" is from the June 19, 2017 Health section of The New York Times. It was written by Sara Manning Peskin, M.D. and narrated by Keith Sellon-Wright.