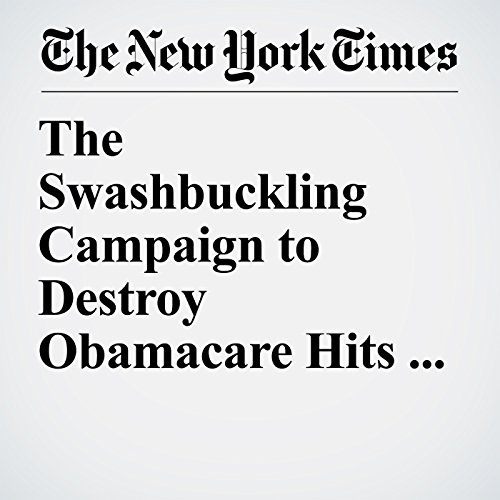 Congress’ rush to dismantle President Barack Obama’s health care law, once seemingly unstoppable, is flagging badly; Republicans are getting little traction on a replacement health law and a key senator has declared that the effort is now more a repair job than a demolition.

"The Swashbuckling Campaign to Destroy Obamacare Hits a Wall" is from the February 02, 2017 U.S. section of The New York Times. It was written by Robert Pear And Reed Abelson and narrated by Fleet Cooper.