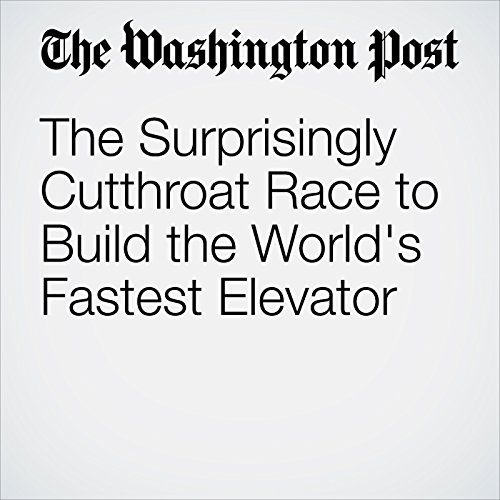 As the doors close, a screen at the elevator’s front lights up to show you the car’s location as it rises toward the building’s newly opened observation deck. A neatly dressed attendant informs passengers that the elevator has now reached a top speed of 18 meters per second, approximately 40 mph.

"The Surprisingly Cutthroat Race to Build the World's Fastest Elevator" is from the January 04, 2017 World section of The Washington Post. It was written by Adam Taylor and narrated by Jenny Hoops.