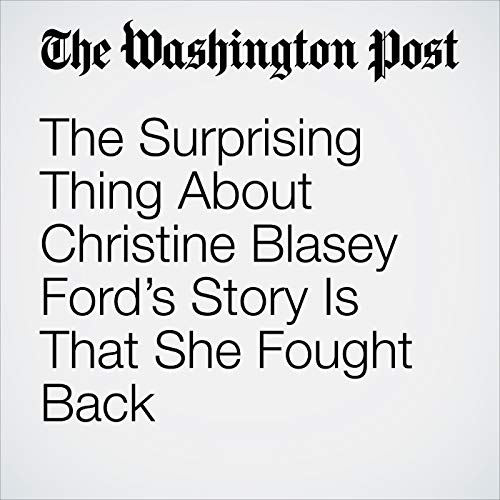 Like Supreme Court nominee Brett M. Kavanaugh and Christine Blasey Ford, I attended a prestigious East Coast prep school in the 1980s. The only thing that strikes me as unusual about Ford’s allegation that Kavanaugh attempted to sexually assault her while they were both in high school is that she valued herself enough to fight back.

"The Surprising Thing About Christine Blasey Ford’s Story Is That She Fought Back" is from the September 27, 2018 Opinion section of The Washington Post. It was written by Kathryn Helga Lipari and narrated by Kristi Burns.