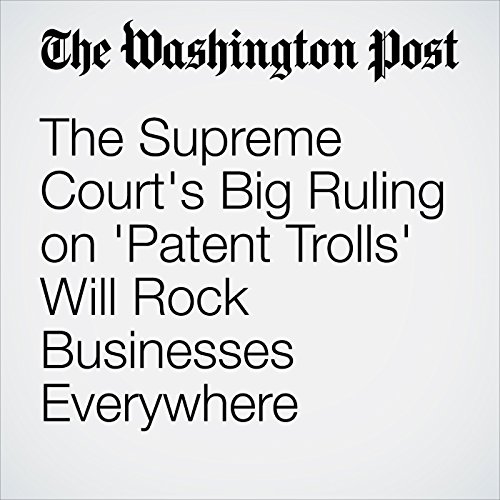 Tech companies and app developers everywhere are breathing a sigh of relief after Monday's major Supreme Court ruling on a topic that's close to their hearts: patents. More specifically, patent lawsuits — a rising number of which analysts say are bogus and threaten to strangle new start-ups and inventions before they have a chance to succeed.

"The Supreme Court's Big Ruling on 'Patent Trolls' Will Rock Businesses Everywhere" is from the May 24, 2017 Tech section of The Washington Post. It was written by Brian Fung and narrated by Sam Scholl.