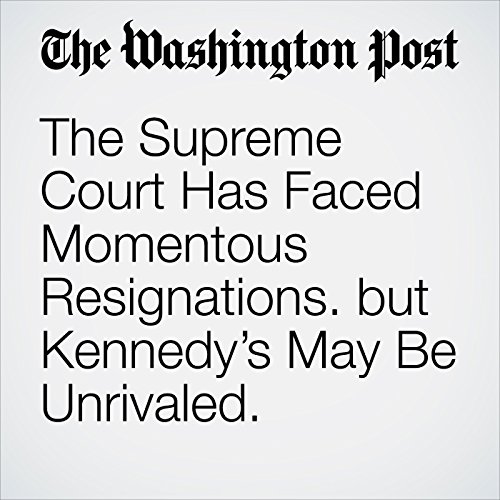 Chandeliers dangled above the reception, and oil paintings of past chief justices lined the walls. The ceremonial room at the Supreme Court spoke of the institution’s history, and appropriately so. Justice Neil M. Gorsuch had just taken his formal oath, making him the 101st associate justice of the nation’s highest court.

"The Supreme Court Has Faced Momentous Resignations. but Kennedy’s May Be Unrivaled." is from the June 29, 2018 National section of The Washington Post. It was written by Deanna Paul and narrated by Jenny Hoops.