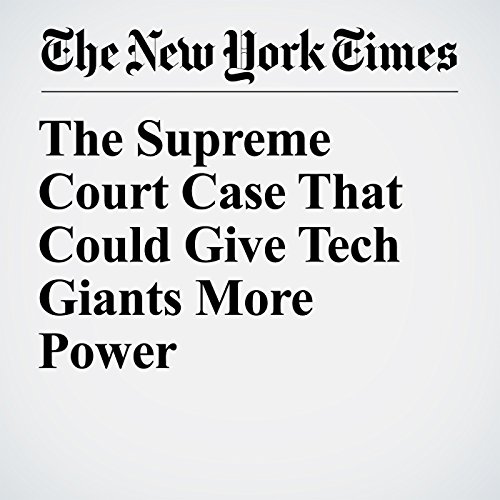 Big tech platforms — Amazon, Facebook, Google — control a large and growing share of our commerce and communications, and the scope and degree of their dominance poses real hazards. A bipartisan consensus has formed around this idea. Senator Elizabeth Warren has charged tech giants with using their heft to “snuff out competition,” and even Senator Ted Cruz — usually a foe of government regulation — recently warned of their “unprecedented” size and power. While the potential tools for redressing the harms vary, a growing chorus is calling for the use of antitrust law.

"The Supreme Court Case That Could Give Tech Giants More Power" is from the March 02, 2018 Opinion section of The New York Times. It was written by Lina M. Khan and narrated by Mike DelGaudio.