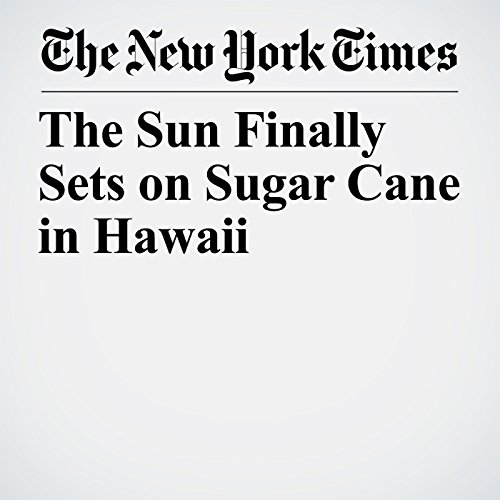 Hawaii’s last working sugar mill, in Puunene, Maui, produced its last harvest last month. The last truck, piled high with newly cut cane stalks, blew its horn as it circled the mill yard. People cheered and held high their phones; a priest led a prayer. The cane was later put on a ship for processing in California, and 375 employees of the Hawaiian Commercial & Sugar Co. became the last of the last to be laid off.

"The Sun Finally Sets on Sugar Cane in Hawaii" is from the January 15, 2017 Opinion section of The New York Times. It was written by Lawrence Downes and narrated by Fleet Cooper.