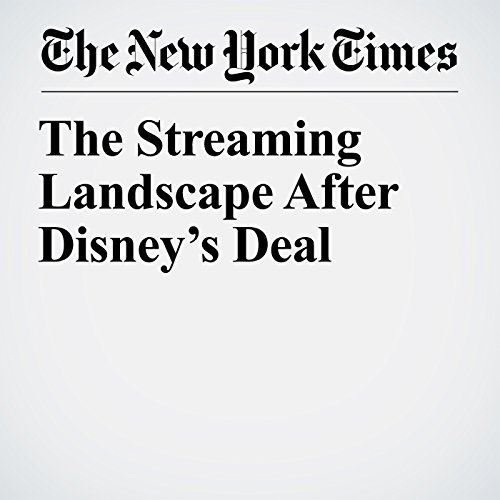 Disney’s deal to buy most of 21st Century Fox changes things. Even before the deal was announced Thursday, Disney had already announced plans to unveil two streaming services: one focused on sports that will begin next year, and one focused on entertainment that will become available in 2019. The second service, fueled by Disney’s existing content and now 21st Century Fox’s TV shows and movies, promises to be a formidable entrant into the streaming world.

"The Streaming Landscape After Disney’s Deal" is from the December 14, 2017 Business section of The New York Times. It was written by John Koblin and narrated by Mike DelGaudio.