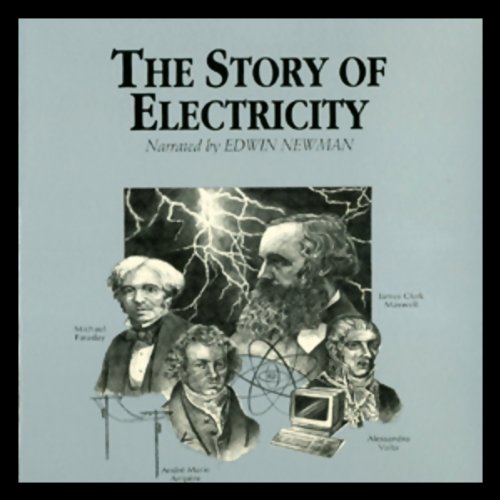 The Story of Electricity

In the 19th century, scientists working with chemistry and magnetism began discovering a rich variety of electrical phenomena. These were to be applied later in inventions including motors, alternating current, radio, batteries, the telephone, and much more. This is the story of a new branch of science that changed the way the world does physical work and the way it controls information, spurring the Industrial Revolution, followed by the Information Age.

A great background from first principals

Excellent high level walk-through time on the history of electricity. Non-technical and recommended for everyone.

stuff you read about is HS. Nothing novel. could have gotten into more current stuff

The Story of Electricity Review

This story is complete in that it briefly covers this wide ranging subject matter in simple terms so that it is easy to follow. It is not too technical so that it can be understood by anyone who is not tech savvy.

Worth Your Most Valuable Commodity!

Remember "opportunity cost" from back in high school economics?

Well, this book's free (on Audible's Plus Catalogue, FYI) so there's no monetary "opportunity" that you're losing.

Is The Story of Electricity worth your most valuable commodity - 171 minutes of your life?

I totally think so if you want to know how man, from the earliest written times, has come to recognize, define, understand, and employ this “modern” convenience yet do not have the time or desire to commit to a longer book. It covers from the Greek philosopher Thales to Benjamin Franklin flying his key dangling kite and his invention of the lightning rod, right up to electricity’s role in data storage and our modern-day computers. Since the electromagnetic spectrum is LITERALLY everything, just about every scientist you’ve ever heard of is mentioned at one point or another (along with actors quoting them in their regional accents – most of which are not terrible) as well as the many laws and gizmos they came up with along the way.

But if you’re that guy that's looking to learn the quantum physics behind the moving of electrons and all that, you should probably look elsewhere. But if you’re looking to hear the stories of those that figured it all out and you don’t want to spend a whole lot of time doing it, this is a good bet.

Finally - a way to learn about electricity without needing math! Wonderful history that is so applicable to the challenges we gave. Non-technical way to understand the evolution of scientific thought and how electricity dominates human society.

this book was very informative... there was alot of things discussed in this book that i wouldn't consider "common knowledge." the workings of electricity and magnetism are something im just getting into so i don't know a while lot about it... this book has helped me learn... enjoyable listen!!!

The voice acting was painfully bad in some places. The book is a brief survey on most topics it covers, though the modern era is rushed as a brief summary of the period from radio communication to present (copyright 1993, for context).

The History of Human Technology

The subject matter is one which the history of its contribution to mankind's (sorry ladies), development has always been a daunting thing to propose. This audio book and its authors have done a brilliant job.
The incidental music and the accents of the contributing scientists, make me cringe.
Well done otherwise.

It's a great story, but why the bizarre European accents? It let's a great book down

Good to know the history of Electricity and the trouble they went through for science.