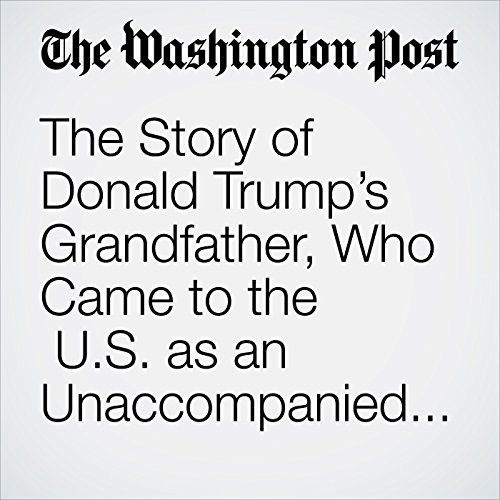 The packed steamship S.S. Eider arrived in New York City’s Castle Garden, the country’s first immigration center, on Oct. 17, 1885. Hundreds of would-be Americans from Germany had traveled for 10 days across the North Atlantic to their new home. Among them was a skinny, light-haired 16-year-old boy who had left his home town, a small winemaking village where working hard meant just getting by.

"The Story of Donald Trump’s Grandfather, Who Came to the U.S. as an Unaccompanied Minor" is from the June 27, 2018 National section of The Washington Post. It was written by Kristine Phillips and narrated by Sam Scholl.

Cosa pensano gli ascoltatori di The Story of Donald Trump’s Grandfather, Who Came to the U.S. as an Unaccompanied Minor