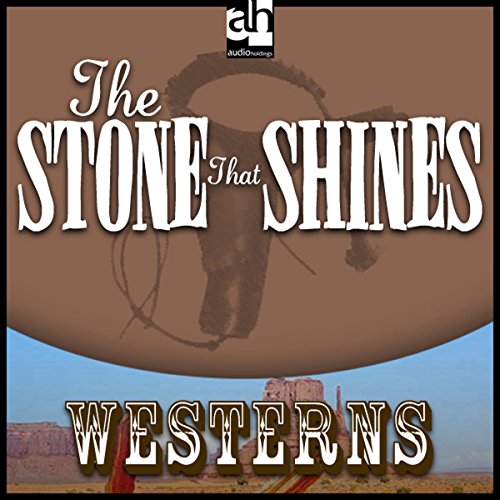 The Stone that Shines

When Dick Rutherford, known as The Colonel, loses all his money in a horse race heads into the Far West to seek his fortune. His companion in this is Christy Deever, whose inventiveness and quick thinking prove valuable assets on the frontier. After a series of exciting adventures, they find themselves adopted members of the Mandan Indians. It is then that The Colonel and Christy encounter Stone-That-Shines, a Mandan warrior who is in possession of an eponymous medicine stone.

Upon a closer look, the Colonel discovers that this "stone that shines" contains a rich vein of quartz gold. Its source could be the answer to his quest. However, things then get complicated....

1926 by the Frederick Faust Trust. The name Max Brand ® is a registered trademark with the U.S. Patent and Trademark Office and cannot be used without express permission. Published by arrangement with Golden West Literary Agency.

Dick Rutherford (The Colonel) and Christy Deever head west to seek their fortune after The Colonel gambles away all his money at a horserace. Terence Aselford's performance transports listeners right back to the Old West, with a rough-and-tumble dramatization that recalls the tough masculinity of the American frontier in the 19th century. Classic western novelist Max Brand's The Stone that Shines takes listeners on a journey to the heart of America, where the Colonel and Christy encounter the Mandan Indians and possibly, themselves.

The Stone That Shines

This is a short (5 hr ) book and was a nice change of pace from the 1700's sea stories I had been listening too. Max Brand is known for his fast pace western stories. Aselford did a great job narrating the book. Enjoyed the historical information on the Mandan Indians. Look forward again in the future to another Brand story.