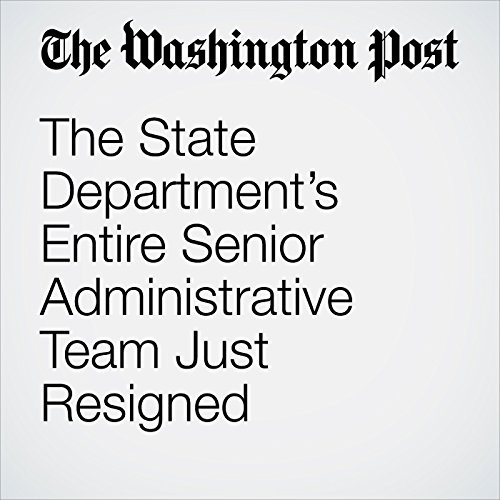 "The State Department’s Entire Senior Administrative Team Just Resigned" is from the January 26, 2017 Opinion section of The Washington Post. It was written by Josh Rogin and narrated by Sam Scholl.