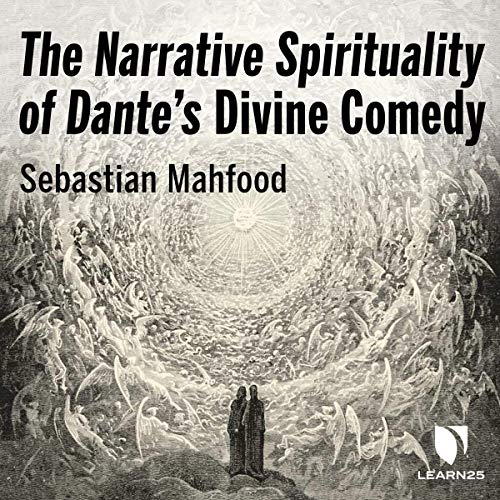 Take a powerful and philosophical journey through heaven, hell, and purgatory.

One of the great works of medieval Europe, Dante Alighieri's The Divine Comedy translates the thought of the Middle Ages into a thrilling narrative. Seven centuries later it remains the most successful merger of theology and philosophy in epic poetry.

In in this audio course, you'll gain a philosophical and literary understanding of Dante's masterpiece. You'll first and foremost study the book as a narrativization of the works of Aristotle and St. Thomas Aquinas. But beyond its scholastic synthesis of faith and reason, The Divine Comedy is also a great story. Dante the pilgrim descends to the bottom of hell, climbs to the top of purgatory, and soars straight to God in this cosmic thriller.

You'll devote five lectures to each of the three parts of The Divine Comedy: the Inferno, the Purgatorio, and the Paradiso. With each section you'll learn how to understand Dante's structural elements, and you'll engage in close readings and reflections. Literature expert Dr. Sebastian Mahfood is the Virgil for your odyssey, and he presents each lecture with wisdom and enthusiasm.

As you will come to understand, Dante's knowledge of ancient philosophy and the divine imbued him with the fullness of faith and reason. As Virgil guides Dante, let Dr. Mahfood guide you to deepen your religious unerstanding, knowledge of philosophy, and love of literature.

I struggle to finish the book but after this course I get this sense of hunger to learn more about it.
thanks guys

abandon hope a flicker of light<br />

a great audio course taught by a knowledgeable professor who provides great insight. you got to go through hell before you get to heaven.