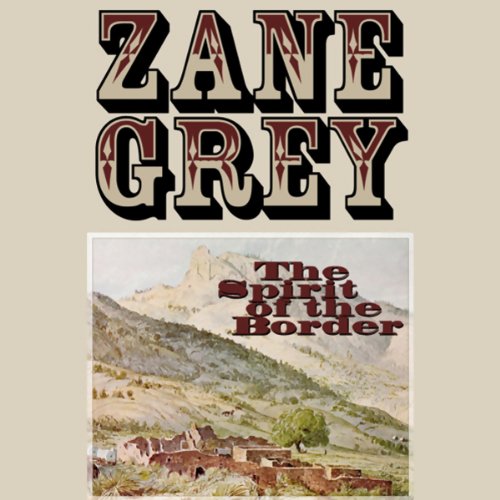 The Spirit of the Border

The American frontier in the 1700s produced some men of utter ruthlessness, and Jim Girty was one of the worst. Living among the Delaware Indians in the Ohio Valley, Girty and his brothers incited acts of savagery and war against the white settlers.

One of Jim Girty's targets was the Village of Peace, a settlement of Christian Indians who had been converted by Moravian missionaries. Girty and his ruffians, playing on the fear and hostility of surrounding tribes, incited them to gather at the village, where they threw the ominous war club on the ground.

Lewis Wetzel, a lonely, taciturn hunter whose family had been the victim of Delaware atrocities, swore revenge on Girty. The intrepid Wetzel, called "Deathwind" by the Delawares, had saved Fort Henry from Indian attack, but was he any match for the odious Girty?

Cosa pensano gli ascoltatori di The Spirit of the Border

Why this audiobook had five stars from other reviewers is a question I'll never have answered. I hadn't read a Zane Grey book before and thought this might be a useful start. It wasn't. The main characters are barely credible, the dialogue is incredibly stilted, and I wouldn't be at all surprised to find that Grey wrote this while in high school. Or that he got a D on it in his writing class. I'm not giving up on Zane Grey; I'm sure I'll try another story. I'll just have to wait until the memory of this one fades.

Oughta be a Movie

This book was great. Entertaining and even educational. It had a big twist and gave perspectives on American history no longer taught in school. Life on the frontier was amazingly tough and Zane Grey makes it come to life.