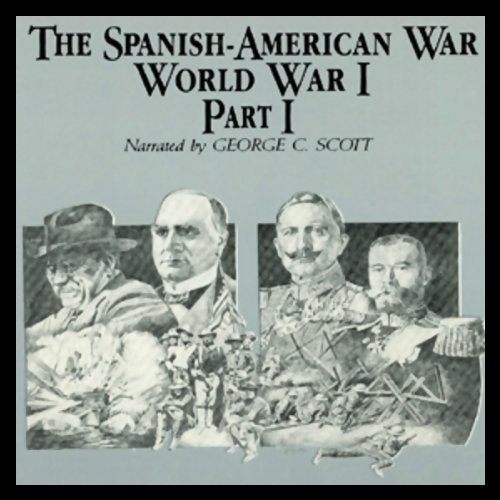 On April 25th, 1898, the United States declared war on Spain. Less than seven months later, a victorious America claimed the former Spanish colonies of Cuba, Puerto Rico, Guam, and the Philippine Islands. To the American diplomat John Hay, the Spanish-American War was "a splendid little war". It had been popular, brief, and inexpensive, especially in terms of casualties. But the Spanish-American War marked a change in America's international role. No longer content within her own borders, the United States looked overseas.

In Europe, power was poised in balance. Germany longed to become a weltmacht, a world power. Britain struggled to preserve her empire. Both France and Russia expanded, and the Balkan states agitated for independence from Austria. Treaties were signed; alliances were consummated. Now the actions of any one power would determine the foreign policy of the others. By early August 1914, the world was convulsed by war, the first world war. As Europe's nation-states battled, they awaited the response of the greatest of the neutral powers, the United States.

World War I engulfed Europe. On the western front, there was constant carnage, but little movement. Soldiers bled and died to win a stretch of dirt, which was quickly lost again. Europe seemed to be deadlocked in a bloodletting frenzy. Halfway across the world, an officially neutral American was being drawn into the conflict. On May 7, 1915, a German U-boat sank a British ship named the Lusitania, and 1,200 people died, including 128 Americans. Diplomatic relations between Germany and America slowly decayed until, finally, President Wilson ordered American merchant ships to be armed. Within days, U-boats opened fire on American streamers. On April 6, 1917, America declared war on Germany. At the 11th hour of the 11th day of November 1918, the guns fell silent. Germany had surrendered.

The novice and serious student of history alike should enjoy this one. The frequent speeches and first person accounts go a long way toward placing the listener in the times. Few points in history better account for the current geopolitical scene than this vital era. Worth a listen.

Taking another look at our History

I decided to study our US History again last time was in Junior High. Most I’ve forgotten and most I’m sure was bleached out of US Text Books. I like the voice of Scott he brings the history to life. I was surprised to learn of some of the ideology’s of that time and how they still are present today.

the review by nelson couldn't be more wrong. apparently he doesn't know why it is fun to hear GC Scott narrate these. They are entertaining and educational, and I have listened to many from this series and never been disappointed.

Would be a good topic, but I find the production of this entire series dreadful. The narrators speed by with facts, then suddenly a stagey voice pops in to deliver quotes in a thespian tone. It is hard to concentrate or absorb much. Dozens of potentially interesting topics are mangled in this series through this awkward format. A shame.