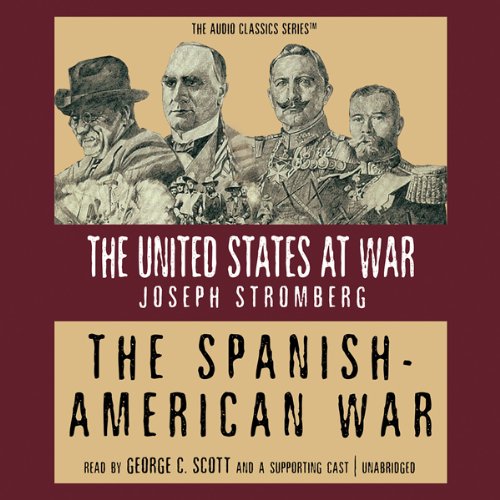 In 1895 Cuba began its struggle for independence from Spain - a struggle that resulted in a demand for US involvement. This demand gained intensity when the USS Maine inexplicably sank in a Havana harbor in 1898.

Tensions between the two nations rose as the United States continued to insist that Spain grant Cuba its independence and withdraw forces from the island. On April 24, 1898, Spain declared war on the United States. Due to an utter lack of preparedness on Spain’s part, the war was decidedly one-sided. The conflict lasted less than a year. In the resulting treaty, Spain renounced its claim to Cuba, and the United States acquired colonies in both the Atlantic and Pacific Oceans, including Guam, Puerto Rico, and the Philippines.

The United States at War series is a collection of presentations that review the political, economic, and social tensions that have erupted in military conflict and examine how the conflict resolved, or failed to resolve, those tensions.

This is a combination of George C. Scott as a superlative military speaker plus an author who does not waste time or words, but gets on with the story as a war correspondent might. This is The Best story and The Most Comprehensive that I have ever read on the Spanish American War and all the little idiosyncrasies that accompany it. Any American History teacher should treat this book like a military man would treat a rare steak: Eat it up!

This author seeks to question the benefits of American expansion and the ensuing pax Americana, however; no alternative is ever presented.

Abominable behavior on the part of the US combined with the interminable interruptions of the Scott narrative made this tape very difficult for me to get through.

good info. but felt like more detail could have been added. very short war explains some of the shortage. old book