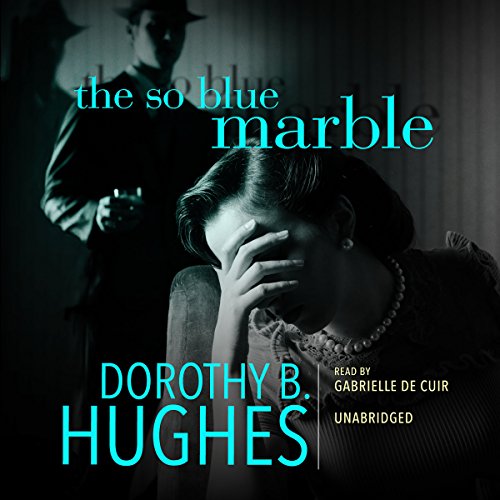 The So Blue Marble

An actress finds herself caught between her ex-husband and a pair of murderous twins.

At the age of twenty-four, Griselda Satter lee has already lived two lifetimes. A star of the silver screen, she gives up Hollywood after a year and moves to New York to become a designer. While her ex-husband, Con, is out of town, she is staying in his apartment. Walking back one night, she mets two cheerful young men who want to go home with her - and won't take no for an answer.

David and Danny are twins, and they are the most beautiful men Griselda has ever seen. They are also the most dangerous. They want something from her: a lustrous blue marble, which they insist is in Con's apartment. Though they leave without hurting her, Griselda knows that next time, they won't be so amiable. To save herself, she must discover the secret of the marble - a secret with death at its core.

If You Liked Strangers on a Train…

Though completely different than Patricia Highsmith’s masterpiece, this earlier story is driven by the same dynamic: an innocent person made the unwilling co-conspirator of a psychopath. Or, in this case, two psychopaths.

The marble, its Maltese Falconesque legend, the characters sucked into its orbit, and the overall quality of the writing—including some blindingly vivid similes—create a palpable, unnerving tension. It’s hard to believe this is Hughes’ first effort in the genre.

And as if that wasn’t enough, Gabrielle de Cuir’s performance makes everything darn near perfect.

And so goes the tale of THE SO BLUE MARBLE, Dorothy B. Hughes’ fiction noir. My favorite genre, one of my favorite authors. Thank you Kindle Unlimited, where I got to read and listen to this finely tuned story for free! Will be buying it anyway, the next time the book goes on sale (hint, hint to anyone who might be in charge of these things!). The narration for this title was SO. WELL. DONE, that this is one audiobook I can listen to again and again. What a terrific performance!

I also look forward to reading the book in print as reading is almost always somewhat of a different experience than listening, but I’m sure this one will be equally fine. I read her RIDE THE PINK HORSE which, oh, I thought was just great right from the first page: I really like this author!!

Disappointing crime story with clueless characters trapped in situations that a sane person would have avoided. I never cared about any of the spoiled and stupid members of the upper class who filled the story.

The so blue marble

Very interesting story. this mystery had me confused til the end of the book! I lost sleep staying up so late to finish the book.