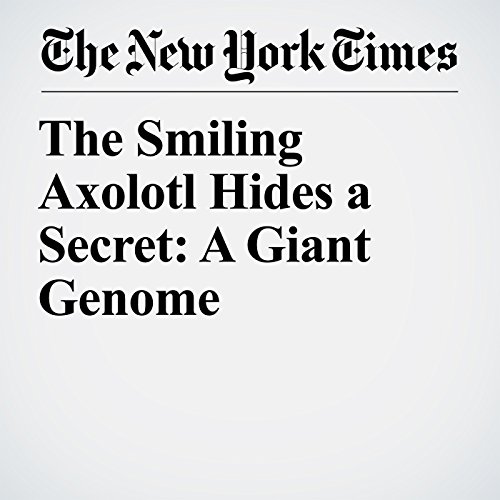 The Smiling Axolotl Hides a Secret: A Giant Genome

Scientists have decoded the genome of the axolotl, the Mexican amphibian with a Mona Lisa smile. It has 32 billion base pairs, which makes it 10 times the size of the human genome, and the largest genome ever sequenced.

"The Smiling Axolotl Hides a Secret: A Giant Genome" is from the February 05, 2018 Science section of The New York Times. It was written by Nicholas Bakalar and narrated by Kristi Burns.