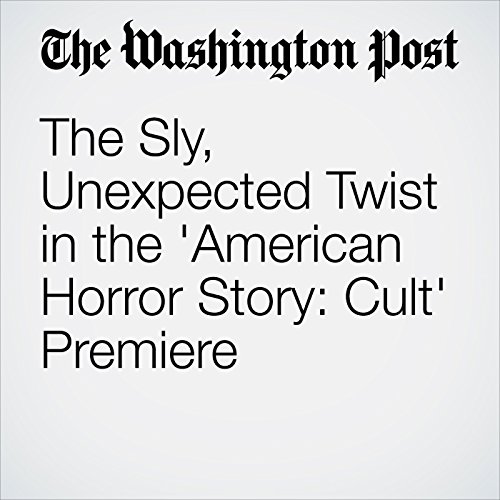 When viewers first meet Sarah Paulson’s character, Ally, in the new season of “American Horror Story” (titled “AHS: Cult”), which debuted Tuesday, it’s the night of Nov. 8, 2016. And she’s having a meltdown.

"The Sly, Unexpected Twist in the 'American Horror Story: Cult' Premiere" is from the September 06, 2017 Arts and Entertainment section of The Washington Post. It was written by Emily Yahr and narrated by Sam Scholl.