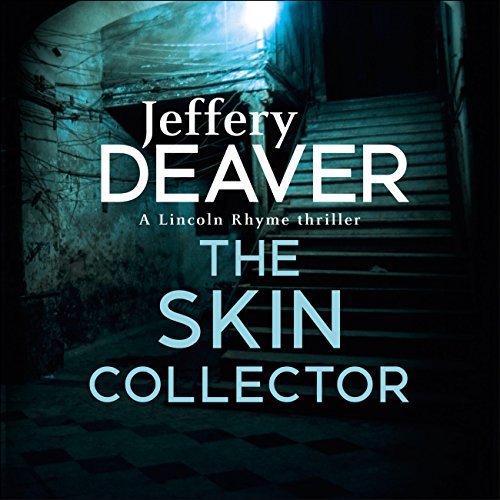 They have never seen a murder like it. A talented tattoo artist is using poison instead of ink. His victim is a young woman. And on her skin he's left a message: 'the second'.

Drafted in to investigate, NYPD detective Lincoln Rhyme and his associate Amelia Sachs find the scene has been scrubbed of evidence. All except for one trace - a scrap of paper that connects this case with one they will never forget. And like the Bone Collector before him, Rhyme and Sachs find themselves pitted against a twisted serial killer choosing his victims seemingly at random, a perpetrator who plans his work to the last detail, in a deadly contest with any who try to stop him.

But how close is his connection with that old case? What is the meaning of the words tattooed in poison on the skin of first victim? And where will he strike next?

"Outstanding...Deaver proves himself a grandmaster of the genre as each surprise leads to an even bigger surprise, like a series of reverse Russian nesting dolls" (Starred review, Publishers Weekly)
"The most creative, skilled and intriguing thriller writer in the world...[Deaver] has produced a stunning series of bestsellers with unique characterisation, intelligent characters, beguiling plots and double-barrelled and sometimes triple-barrelled solutions." ( Daily Telegraph)
"The pace is terrific, the suspense inexorable, and there is an excellent climax... If you want thrills, Deaver is your man." ( Guardian)

can't stop listening cause the reader keep you awake all the time . taking you on the scene in every moment

Rhyme and Sachs just get better and better!

Would you consider the audio edition of The Skin Collector to be better than the print version?

Not read print version, so have no opinion on this.

What was one of the most memorable moments of The Skin Collector?

Amelia Sachs at the initial crime scene. Being claustrophobic myself, can really appreciate her fear.

Again, a Master of the vocal art and a joy to listen to.

Yes and would have done if possible.

Vintage Jeffrey Deaver with twists and turns when you least expect them!! I love the character of Rhyme and Deaver really does have the ability to bring him right in front of your eyes.

Where does The Skin Collector rank among all the audiobooks you’ve listened to so far?

One of the Deavers best, with most other authors you can guess where they are going and usually know 'who dunnit' before its revealed but with Deavers writing even if you know who it was there are plenty more questions like how? why? who's next?

What was one of the most memorable moments of The Skin Collector?

When it turned out the centipede was drawn on !

Have you listened to any of Jeff Harding’s other performances? How does this one compare?

Jeff harding is the only narrator I've listened to, when it comes to Deaver books, he adds character without putting on voices like some other narrators do.

Are you sure you really want that tattoo?

The story was over long before the author stopped writing. Also I found his inclusion of totally non-related plotlines to be tedious and I real a drag on the main story. The author should have counted on the success of a crisp, well written book to encourage readers to buy new books. Fire the editor on this one.

I've enjoyed all the previous Lincoln Rhyme books and this one was a good story too and very well read - I just found it more than a little irritating that the author keeps listing all the clues - it really isn't necessary it assumes the reader/listener is an idiot suffering from short term memory loss and really is superfluous padding.
This does occur in all the previous books but it really starting to grate now.
Other than this small niggle its another good book in the series.

Overall, I enjoyed this book. I did find it a little slow but was not prepared for the bombshell to hit - typical Deaver - weird!!!

Would you be willing to try another book from Jeffery Deaver? Why or why not?

I have read loads of Jeffery Deaver but I have to say I prefer his earlier Rhyme books.

Did The Skin Collector inspire you to do anything?

Jeff harding great as usual. I'm new to Lincoln rhyme and will listen to more

This story is dripping from beginning to end with so many unexpected twists and turns. It was impossible to guess what would happen next!

Lincoln Rhyme is someone who I can identify with and his workings always fascinate me. this book is another non stop read although the ending was a bit short for my liking. still very good though

Another great Lincoln tale, gripping until the very end, JD never fails to keep me hooked.