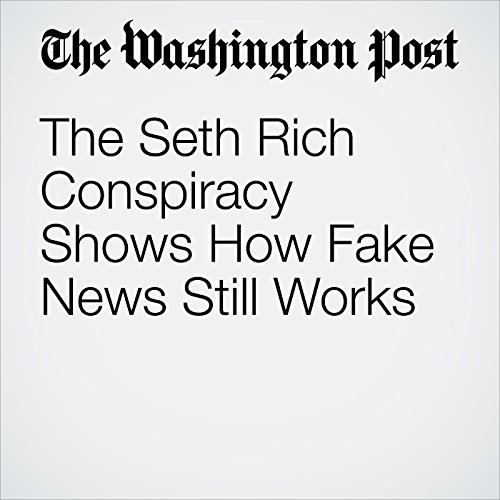 On July 10, at 4:19 a.m., gunfire was detected in the District's Bloomingdale neighborhood. Not five minutes later, police found Seth Rich, a 27-year-old Democratic National Committee staffer, lying on the ground, dying from a bullet wound to his back. A conscious Rich was transported to the hospital; by daybreak, he was dead.

"The Seth Rich Conspiracy Shows How Fake News Still Works" is from the May 20, 2017 Politics section of The Washington Post. It was written by David Weigel and narrated by Sam Scholl.