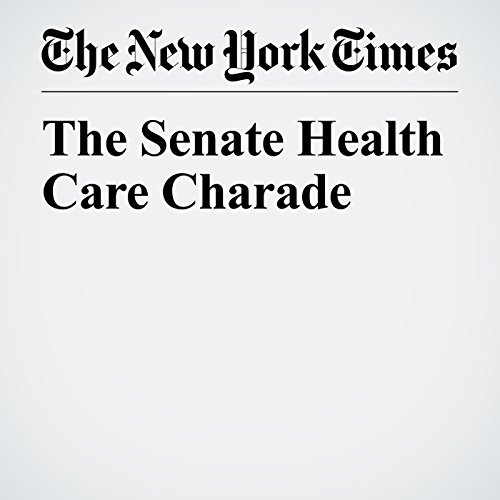 It is tempting to think that the Republican health care proposal, which would do so much damage to so many Americans, will collapse in the Senate, since conservatives and centrists alike have come out against it. But that would be premature. After all, House leaders managed to cobble together a narrow majority for their bill after similar protests in that chamber.

"The Senate Health Care Charade " is from the July 10, 2017 Opinion section of The New York Times. It was written by The Editorial Board and narrated by Kristi Burns.