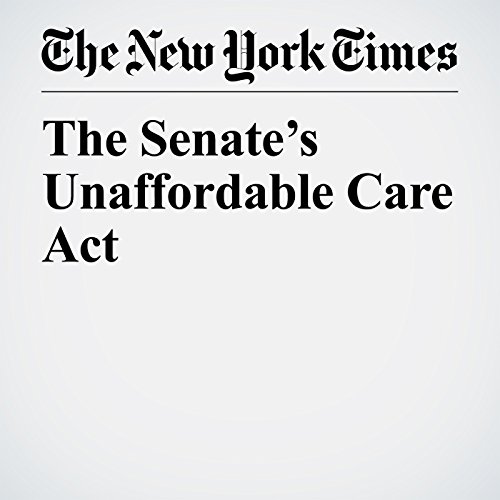 It would be a big mistake to call the legislation Senate Republicans released Thursday a health care bill. It is, plain and simple, a plan to cut taxes for the wealthy by destroying critical federal programs that help provide health care to tens of millions of people.

"The Senate’s Unaffordable Care Act " is from the June 22, 2017 Opinion section of The New York Times. It was written by The Editorial Board and narrated by Barbara Benjamin-Creel.