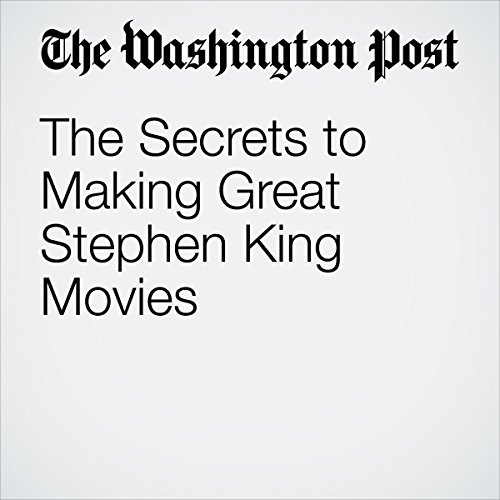 When “It,” the first in a planned two-part adaptation of his 1986 magnum opus, arrives in theaters Friday, it will be one of six King films or TV series to be released in 2017. (And that’s not counting another “Children of the Corn” movie!) “The Mist” and “Mr. Mercedes” have already premiered on Spike and the Audience network, respectively, and “The Dark Tower” swept through theaters only a month ago. “Gerald’s Game” and “1922” are both feature films premiering on Netflix in the fall. The King brand has always been licensed liberally — the man behind “Maximum Overdrive,” a lark with a killer vending machine, can’t be too precious about his work — but it’s never lost its commercial cachet, even in fallow stretches.

"The Secrets to Making Great Stephen King Movies" is from the September 01, 2017 Entertainment section of The Washington Post. It was written by Scott Tobias and narrated by Jenny Hoops.