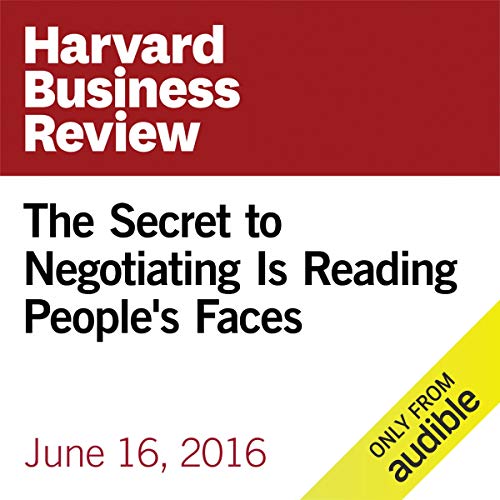 Although most of us like to think of ourselves as rational decision makers, ample research shows that emotions play an outsized role in negotiations. If you can’t read what your counterpart is feeling and instead focus only on what he or she is saying, you’re highly unlikely to achieve everything you could have. Of course, experienced negotiators know how to mask their true feelings. They choose their words, tone, body language, and expressions carefully. To the average observer, they often appear neutral, impassive. Or they’re able to convincingly fake an emotion if they think it will help them advance their own interests.

"The Secret to Negotiating Is Reading People's Faces" is from hbr.org, published on June 16, 2016.

The book only downloads 1 chapter...