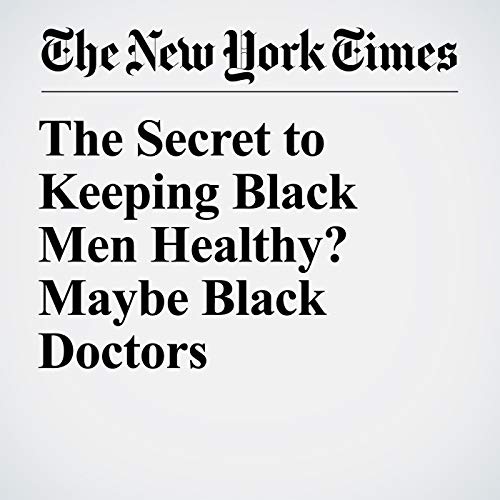 Black men have the lowest life expectancy of any ethnic group in the United States. Much of the gap is explained by greater rates of chronic illnesses such as diabetes and heart disease, which afflict poor and poorly educated black men in particular.

"The Secret to Keeping Black Men Healthy? Maybe Black Doctors" is from the August 20, 2018 Science section of The New York Times. It was written by Gina Kolata and narrated by Keith Sellon-Wright.