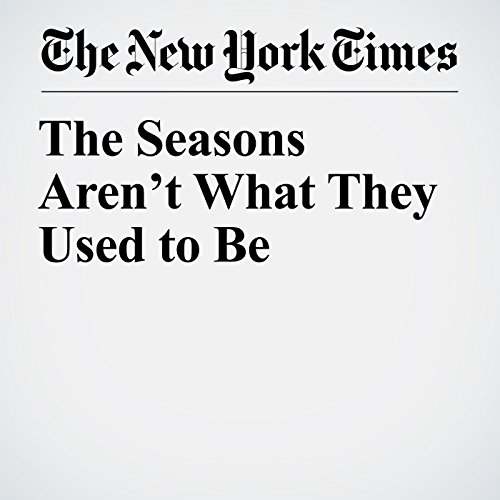 Sexual energies were loosed early this year in Tennessee, then quashed. In February, spring peepers made my ears ring as I walked through wetlands east of Nashville’s honky-tonks. These frogs were a month ahead of their normal schedule.

"The Seasons Aren’t What They Used to Be" is from the March 17, 2017 Opinion section of The New York Times. It was written by David George Haskell and narrated by Fleet Cooper.