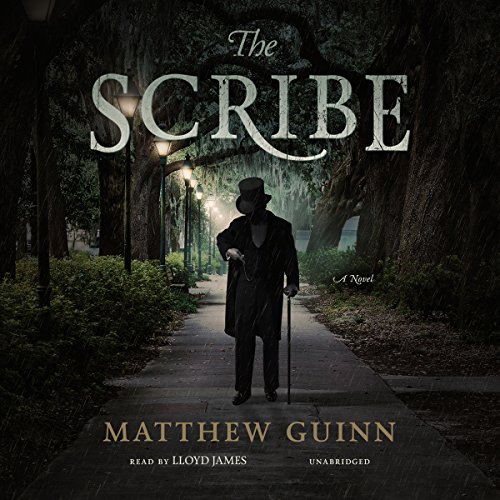 A reckoning with the persistence of evil in post-Civil War Atlanta. After leaving Atlanta in disgrace three years before, detective Thomas Canby is called back to the city on the eve of Atlanta's 1881 International Cotton Exposition to partner with Atlanta's first African American police officer, Cyrus Underwood. The case they're assigned is chilling: a serial murderer who seems to be violently targeting Atlanta's wealthiest black entrepreneurs. The killer's method is both strange and unusually gruesome. On each victim's mutilated body is inscribed a letter of the alphabet, beginning with "M." The oligarchy of Atlanta's most prominent white businessmen - the same men who ran Canby out of town, known more openly before Reconstruction as "the Ring" - is anxious to solve the murders before they lose the money they've invested in both the exposition and the city's industrialization, even if resolution comes at the expense of justice. After Canby's arrival the murders become increasingly disturbing and unpredictable, and his interference threatens to send the investigation spinning off in the wrong direction. As the toll of innocent victims rises, Canby must face down enduring racism and his own prejudices to see clearly the source of these bloody crimes. Meanwhile, if he can restore his reputation, he might win back the woman he loves. With scrupulous attention to historical detail, Edgar Award finalist Matthew Guinn draws listeners into a vortex of tense, atmospheric storytelling, confronting the sins and fears of both old South and new.

Loved the book especially the narrator. He did so many great voices I was very impressed. I will definitely listen to more of his book narration.

This novel has a very interesting premise of a jack the ripper style murder mystery set in post Civil War era Atlanta. You will be drawn in by the premise, but you will be captivated by Lloyd James' masterful performance.

This was a good read! I got a little lost in some spots but truly enjoyed the storyline. What I enjoy even more was the narrator! The variety used in his voices was outstanding and the main character sounded exactly like Nicholas Cage!!! I plan to listen to this book again right away. First to see where I got lost and second just to hear Lloyd James tell this intriguing story in such a masterful way again . I highly recommend this book and Lloyd James as a narrator

3/29/16 It was even better the second time. Raised it from 4 to 5 stars. A lot of social truths and introspection along with gruesome crimes make this a very compelling book.

Loved the travel back in time. Really put the reader in the time of reconstruction.

A mediocre mystery with little depth, poor character development, virtually no detection, and nothing that held this reader's attention.

I really looked forward to reading The Scribe but found it to be a very disappointing read. I wish Mr. Guinn had been a little more diligent in his researching of the details he included in fleshing out his narrative. It may seem unimportant but when you are trying to immerse yourself into a writer's reality a careless error of fact can jar a reader quickly into complacency and it can take a while to regain that trust. I finished the book but it took effort.

"The Scribe", by Matthew Guinn is a vaguely supernatural detective story set during the reconstruction of Atlanta following the American Civil War. This book follows an irritating trend I've run across lately, taking a TRUE incident from history and twisting it so that it fits into the author's weird vision. "Child 44" did this, and a few more years ago, I was only person I knew who hated "The Alienist" for doing the same thing.

In this case, Guinn clearly read "The Devil in the White City", a NON-FICTION book about a serial killer who operated during the Chicago World's Fair of 1893, and thought, "Aw shucks! I wish I'd written that! But I'm from Atlanta. Did we ever have a World's Fair?"
No, Atlanta did not, however, they did have an International Cotton Exposition in 1881. But, alas! there was no murderous fiend on the loose in the city! So let's take one of Atlanta's most-notorious crimes, the murder of Mary Phagan, and move it from 1913 to 1881! No one will notice! Only change the name of the child to Mary FLANAGHAN, and change the alleged perpetrator from New York Jew Leo Frank, to New York Jew LEON GREENWALD. Keep the lynching the same, but make the murder MUCH more graphic and gory. In fact, use the illiterate note found with Phagan's body VERBATIM, use the testimony given by the factory janitor VERBATIM, keep the setting in a pencil factory, and then pretend that the solitary rape-murder of a REAL PERSON was part of a sick series of ritualistic torture murders.

Seriously, does the author think people haven't heard this story, which at least 4 movies and a Broadway MUSICAL have been written about? ("Parade" - you should definitely see it.) There isn't a reason to incorporate Phagan's murder into this tale, particularly moving it more than 30 years onto the past, when the political atmosphere (16 years after the Civil War) was entirely different than it would be by the time the incident really happened, nearly 50 years after the War.

Ultimately: the man CAN write. It's a pretty good book, although not satisfying in the end (which takes FOREVER). "The Scribe" is a pretty convoluted title, considering the only mention of that word in the story, and the author can't make up his mind about supernatural content. In addition to "Devil in the White City", he draws from The Crucible ("scary negroes teaching dat dere debbil magic to them white chilluns") and probably a ton of other resources not so well-known to me.

What would have made The Scribe better?

Not the best story and not the best telling of a story. Dragged in places and could have been more in depth in others.

Has The Scribe turned you off from other books in this genre?

It may have that effect.

Did Lloyd James do a good job differentiating all the characters? How?

The last chapters did hold your interest though it took some time to get there.

I think the core of the story had potential but was washed out in its telling.

There is too much grisly detail and profanity for me. I cannot finish this book.

A beautifully written, completely believable and audacious murder mystery, Civil War history and Atlanta rising from the flames, a sympathetic study of changing race relations in the post-Reconstruction days of the early 1880’s, AND all told in the absolutely superb reading — in many wonderful voices — by an artist of voice.

What a spellbinding, centuries-leaping combination!