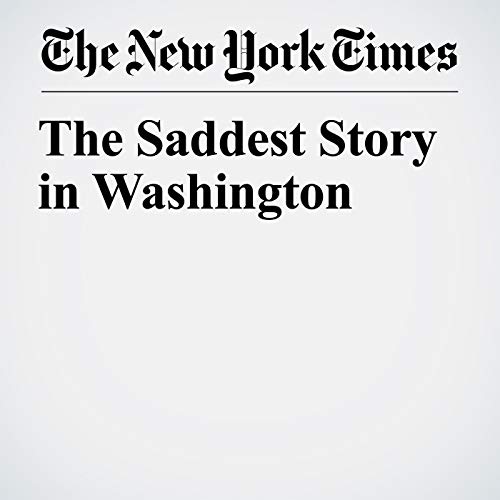 The battle over Brett Kavanaugh’s nomination to the Supreme Court was an especially ugly episode of a reality-show presidency that degrades almost everyone swept up in it, and many characters stagger away from it looking worse than ever.

"The Saddest Story in Washington" is from the October 06, 2018 Opinion section of The New York Times. It was written by Frank Bruni and narrated by Kristi Burns.