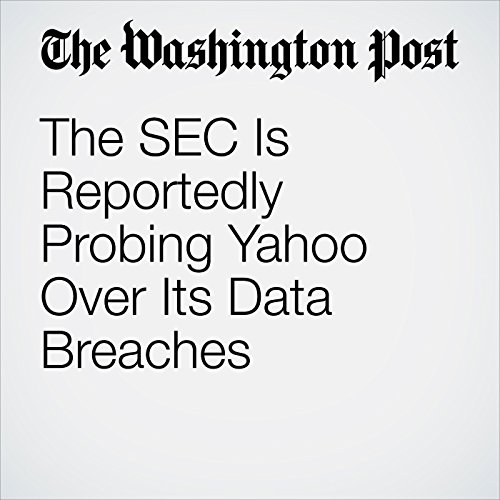 Federal officials are investigating Yahoo over how promptly the beleaguered Internet company informed the public about its historic data breaches that together affected more than 1 billion consumers, according to a report by the Wall Street Journal.

"The SEC Is Reportedly Probing Yahoo Over Its Data Breaches" is from the January 23, 2017 Tech section of The Washington Post. It was written by Brian Fung and narrated by Sam Scholl.