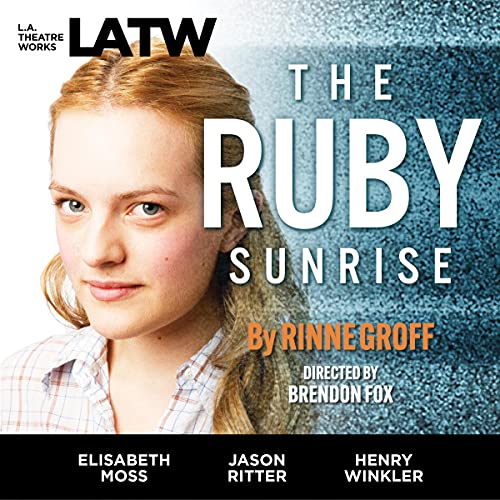 Hailed by The Boston Globe as "a gem," The Ruby Sunrise begins when a 1920s tomboy feverishly works to develop her latest invention - a little something called "television." Twenty-five years later, her daughter will stop at nothing to bring her mother's incredible story to life during TV's Golden Age. But will it get the truth it deserves?

The Ruby Sunrise is part of L.A. Theatre Works’ Relativity Series featuring science-themed plays. Major funding for the Relativity Series is provided by the Alfred P. Sloan Foundation to enhance public understanding of science and technology in the modern world.

Featuring lively performances from a cast of actors that includes Henry Winkler and Elisabeth Moss, The Ruby Sunrise opens with a young tomboy, Ruby Sunrise, who has escaped from her abusive father to work on her invention - something called "television". Moss portrays Ruby as both idealistic and driven, with both loss and ambition in her voice. However, things don't work out as Ruby hopes, and the play picks up twenty-five years later, as her script coordinator daughter Lulu tries to bring her mother's story to television screens despite resistance from many corners. This engaging play will have listeners thinking about the possibilities - both realized and unrealized - of the medium of television.

"A finely tuned portrait of television's early days. [Groff] has managed to skillfully blend past and present.” ( Providence Journal)