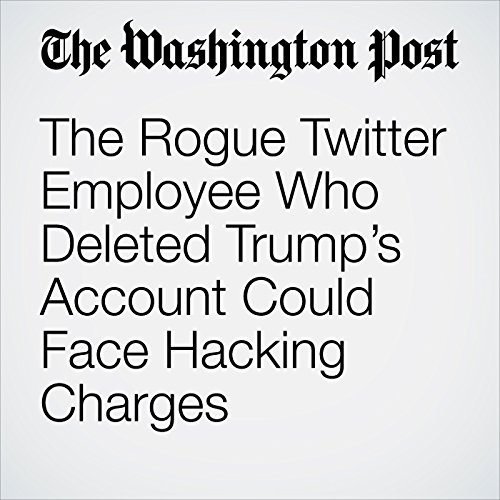 Despite some onlookers calling him — or her — a hero, the anonymous Twitter employee who pulled the plug on President Trump's Twitter account Thursday night before leaving the company may want to lawyer up, according to experts on computer law.

"The Rogue Twitter Employee Who Deleted Trump’s Account Could Face Hacking Charges" is from the November 03, 2017 Technology section of The Washington Post. It was written by Brian Fung and narrated by Sam Scholl.