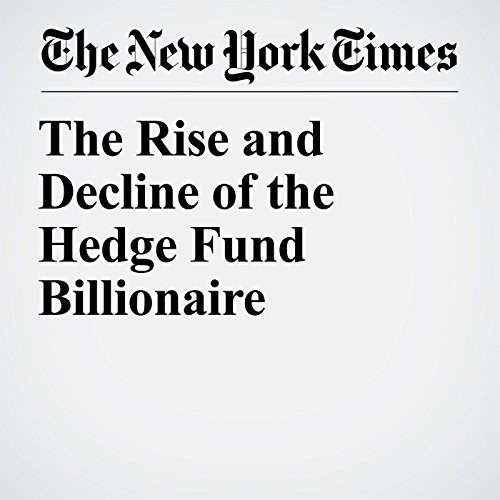 In the annals of the immensely wealthy, the hedge fund manager is a relatively new entry. It has been only about a decade since significant numbers of hedge fund managers, including Kenneth C. Griffin of Citadel, Paul Tudor Jones of Tudor Investment Corp., and Steven A. Cohen of Point72 Asset Management, began appearing on billionaire rankings.

"The Rise and Decline of the Hedge Fund Billionaire" is from the February 25, 2017 Business section of The New York Times. It was written by Gretchen Morgenson and narrated by Barbara Benjamin-Creel.