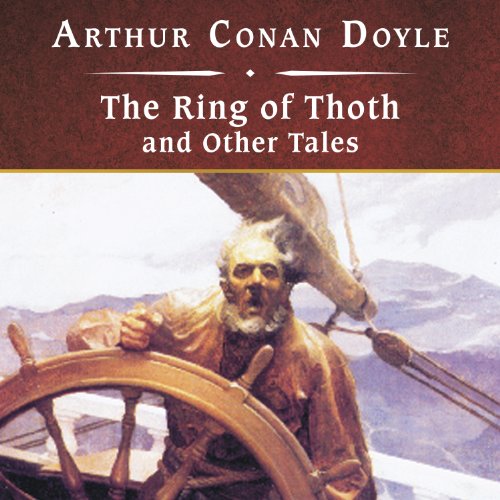 From the Artic to Egypt to Australia, Doyle tells thrilling tales of crime, suspense, mysterious secrets, and humor. Included are:

This was the 3rd collection of short stories I purchased through Audible and by far the best. The other two were very difficult to listen to due to poor audio quality and substandard readers. The sound quality and reader in this one are nothing to write home about but they don't spoil the fine stories.

This book contains 10 short stories; many based on sea voyages dealing with strange things; phantoms only half glimpsed; ghosts and other supernatural phenomena discussed by their effect on others. Much of it is in the form of diaries. I had hoped for more.

Not his better work

This is very period stuff, typical of the romantic style popular. It's not at all like Sherlock Holmes. Rather disappointing.

These stories are mostly okay with nothing spectacular. I'm not a fan of the narrator's sing song cadence which can be distracting. Also there are some odd mispronunciations.

I listen to audiobooks on long drives. The narrator was a little stilted, but I had no trouble getting into the stories and I have the attention span of a gnat. These stories are old, don't expect Hollywood blockbuster twists and surprises. I enjoyed these tales and was sad to reach the end.

A couple of the stories were very good, a couple very bad. Conan Doyle's genius seems mostly limited to the Holmes stories. The reader was, without a doubt, the absolute worst I have encountered. His tempo was irritatingly jerky, his mispronunciations many and grating, and his attempts at dialectical accents embarrassingly awful. If you like Conan Doyle, avoid this recording.

Take it for what its worth

Not Sherlock Holmes but a good example of Victorian-era ghostie stories. If you like HR Haggard, this might be interesting too. Good audio quality but narrator's attempt at accents are not that successful.