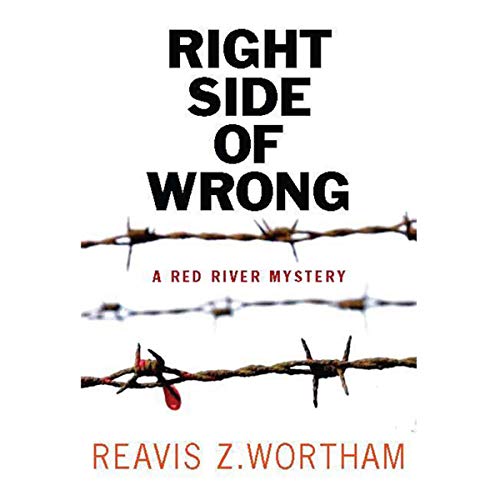 The Right Side of Wrong

In 1965 Constable Cody Parker’s frightening dreams of gathering storm clouds for the tight-knit Parker family from Center Springs, Texas, proved accurate. Cody is ambushed and nearly killed on a lonely country road during an unusually heavy snowfall. With that attack, the locals fear that a disturbed murderer “the Skinner” has returned to their community.

While his nephew recovers, Constable Ned Parker struggles to connect a seemingly unrelated series of murders. As the summer of 1966 approaches, rock and roll evolves to reflect the increasing unrest in the country, and the people of northeast Texas wonder why their once-peaceful community has suddenly become a dangerous place to live. Ned’s preteen grandchildren, Top and Pepper, are underfoot at every turn. The two lawmen, along with the Deputy John Washington, cross paths with many colorful citizens, including cranky old Judge O. C. Rains; the jittery farmer Isaac Reader; and the Wilson boys, Ty Cobb and Jimmy Foxx. And then there’s the arrival in their small community of a mysterious old man named Tom Bell.

Humor, suspense, horror, precognition, and life in the tumultuous 1960s all play a part in the solving of this mystery….

Cosa pensano gli ascoltatori di The Right Side of Wrong

Thoroughly entertaining thriller of a yarn!!!

Constable Cody Parker was shot at while driving down a backroad during an unusual Texas snow storm. Badly smashed within his car and a tree, Cody is rescued by a new elderly man in town, Tom Bell, just in time to save Cody's body from becoming food for a hungry pack of wild dogs. Constable Ned Parker begins the search for the shooter and finds himself caught in a new evil coming to his town. Tearing down illegal whiskey stills was easy work compared to the trouble caused by these new drug traders. Meanwhile, the kids, Top and Pepper, are satisfying their curiosity about, Ted Bell. Thus the adventures and goosebumps begin!!

Once again, Wortham combines, mystery, thrills, humor, and good old fashioned story telling as his characters get into, and barley out of, trouble. Red River is still a distinctly segregated place, but the main characters are a mix of whites, blacks, American Indians, and Mexicans who defy these boundaries within their communities to work and love together, as God intended. The misadventures of Top and Pepper add a rich element to the story as well. This book is not quit like any other book out there today, and is a greatly appreciated change. I thoroughly enjoyed this third installment, and am looking forward to many more books from Reavis Z Wortham.

Why, Mr. Wortham, I do believe you have hit your stride. I really believed in Book 1. I struggled with Book 2, for multiple reasons. But I was told to keep going,and I finally have. This one is a solid hit, the place and characters are coming alive!

Thanks to Ronna for reviewing this book/series. This book starts with suspense from the first page with one of the main characters, "Cody" getting into a car accident after being shot at. He is very lucky that the new stranger in town happens along to save him from freezing to death and/or being eaten by wolves.

Cody is the constable and during his recuperation the Judge in town reappoints the former constable, his Uncle, " Ned Parker".  Ned is grandfather to two young hooligans, "Top and Pepper", who are constantly trying to entertain themselves without getting into some kind of trouble.  Top has a special gift and his fearless girl cousin Pepper is cantankerous and swears like a sailer.

Ned sets out to solve the mystery of who tried to kill Cody when he comes across some no good trouble makers who are suspected in a double murder and drug running. Between the unknown, curious new stranger in town who definitely has some secrets and more perplexing murders, Ned and Cody have their hands full.

The close knit Parker family lawmen make for a fantastic story. The characters are so matter of fact and real that I could not pull myself away from this great listen. The narrator does an excellent job of grasping each individuals personality and perfectly paces the rise and falls in the story. Very good combination, I would rank Wortham and Burns right up there with Johnson and Guidall in the Longmire series. I did not want it to end and will definitely be listening the the two books proceeding this one.  I did not use a credit because of the price but I would if they were more. Two thumbs up.

An improvement over the second book!

I wasn't that thrilled with the second book of Red River mysteries (Burrows). The third book is more like the first. I like the books as they are just light, easy listening mysteries set in a time period that I am familiar with and a area I live by. One thing I don't like, and this occurs over and over in books I read, and that is mispronunciation of words. In this one, the reader calls the fish "crappie", crapy, as in crap, the slang for manure. How could the performer, editor, producer, etc. all miss this?

Taking place in 1966, this is a good police procedural centered on suspicious murders and the introduction of marijuana into the North Texas area around Center Springs. In addition, the civil rights movement is finally coming to rural North Texas, which leads to some difficulties for the folks trying to adjust. With Constable Cody Parker laid up, first in the hospital, then undergoing physical therapy, his uncle Ned, former Constable, is brought out of retirement and deputized to help investigage the case. In the aftermath of being ambushed for no apparent reason, Cody was saved by a mysterious new neighbor, Tom Bell, who becomes a major figure in the unfolding story.

The omniscient narration changes abruptly at certain points to a first person point of view by Ned's grandson, Top, now age 10 or so. It doesn't always work so seamlessly, at least not for me. I also found the final chapter stretched the limit of my suspension of disbelief, but other than that, it was a exciting adventure and a glimpse into the degree of corruption among police south of the Rio Grande.

Traber Burns once again does a great job as reader/narrator, adding significantly to my enjoyment.

Great listening as always. Love the reader and love the characters. Have enjoyed the series.

excellent yet quite violent

this book ‏caries the special atmosphere of Texas. ‏it describes the people and the landscape in the most recent . ‏the narration is excellent

Hold on for a Wild Ride

The third book in the series so far is my favorite. Top and Pepper are getting older, and Pepper's tongue hasn't tamed one bit. Cody is ran off the road in a heavy snow storm and nearly killed, The same culprit seems to be showing up in other spots, including the honkytonk that Cody owns. In the meantime, a new neighbor moves in next to the Parkers by the name of Tom Bell. Something about the man's eyes bothers Constable Ned Parker, yet he seems friendly enough. The signs of the times are everywhere in the small town of Center Springs, Texas, from the rock 'n roll music on the radio to the appearance of mary jane for the first time. Drug runners, murder and law men as crooked as a dog's hind leg are just a taste of what Cody and Ned are dealing with. And when Cody follows their main suspect over the border into Mexico, all bets are off. How will Ned and Big John manage to get Cody out of this one! Don't miss The Right Side of Wrong!

Won't be getting book 4 in this series. So tired of hearing about poor weak Cody Parker. In book 1 Cody was an ex military bad ass and in book 2 he was afraid of everything. Book 3 is too much for me to handle. I did finish the book but will not be
listening to the 4th in this series.

Reavis did it again

I just love this Red River series. It takes place in an area close to where I grew up and I would have been the same age as Top and Pepper.
The situations are so real and the writing is excellent. The story is exciting and keeps you guessing right to the end!