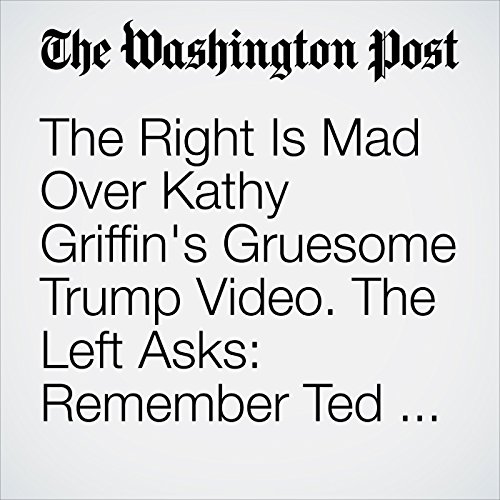 That happened after comedian Kathy Griffin, who supported Hillary Clinton, posted a 12-second video of her holding what appeared to be President Trump's bloody, severed head. It immediately drew ire from conservatives, as well as some liberals.

"The Right Is Mad Over Kathy Griffin's Gruesome Trump Video. The Left Asks: Remember Ted Nugent?" is from the May 31, 2017 The Fix section of The Washington Post. It was written by Kristine Phillips and narrated by Sam Scholl.