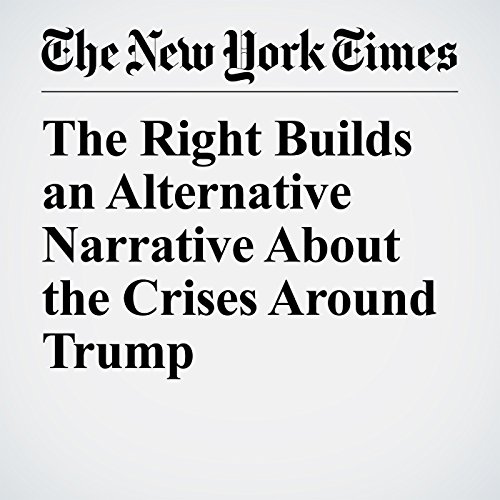 Pushing back against the biggest threat so far to Donald Trump’s young presidency, his most fervent supporters are building alternative narratives to run alongside the “establishment” media account — from relatively benign diversions to more bizarre conspiracies.

"The Right Builds an Alternative Narrative About the Crises Around Trump" is from the May 17, 2017 U.S. section of The New York Times. It was written by Jeremy W. Peters and narrated by Keith Sellon-Wright.