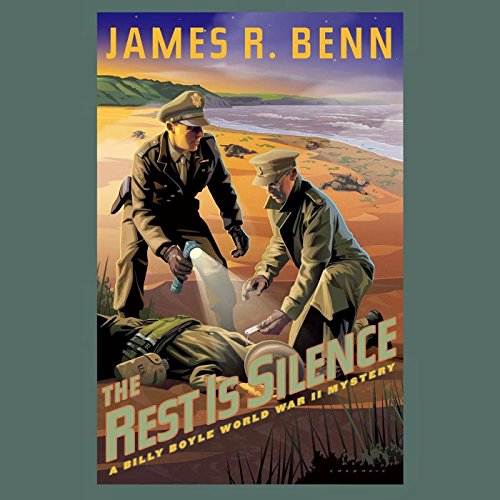 When an unidentified corpse washes ashore at Slapton Sandson England's southern coast, US army captain Billy Boyle and his partner, Lieutenant Piotr "Kaz" Kazimierz, are assigned to investigate. The Devonshirebeach is the home to Operation Tiger, the top-secret rehearsal for theapproaching D-day invasion of Normandy, and the area is restricted; no one seems to know where the corpse could have come from. Luckily, Billy and Kazhave a comfortable place to lay their heads at the end of the day: Kaz's old school chum David lives close by and has agreed to host the two men during their investigation. Glad for a distraction from his duties, Billy settles into life at the family's manor, Ashcroft, and makes it his mission to get to know its intriguing cast of characters.

Just when Billy and Kaz begin to wrap up their case, they find themselves with not one soggy corpse on their hands but hundreds following a terrible tragedy during the D-day rehearsal. To complicate things, life at Ashcroft has been getting tense: secret agendas, buried histories, and family grudges abound. Then one of the men meets a sudden demise. Was it a heartattack - or something more sinister?

A good installment in the series

I have listened to all of the Billie Boyle mysteries. If you are a fan, this installment will not disappoint the listener. The characters are developed well and you really don't figure it out until the end. Billie gets some help from another sleuth which was interesting. Pretty well done and narrated.

an interesting story with a complex weaving in and out just like an the Christie novel. I will say once again I still like the original performer of the first James Bean novels. this performance still struggles to differentiate between the American from Boston the English and the Poles

I love reading these books. This is the first one I've listened to. I find it painful to hear a narrator try to read in accents he hasn't mastered--South Boston, and British--especially when the main characters are from South Boston and England. It's so distracting (to me, anyway) that it gets in the way of the narrative. Serious pet peeve, that will prevent me from listening to this narrator in the future.