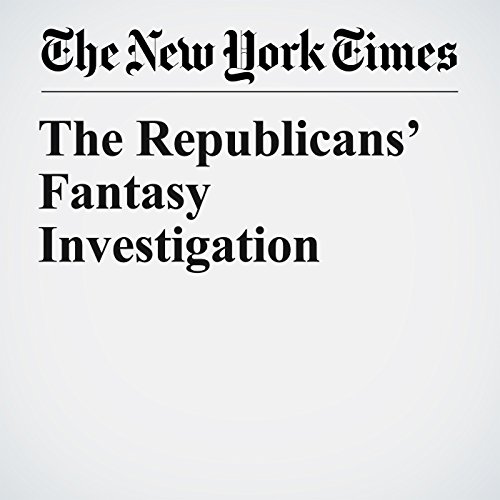 During O.J. Simpson’s trial for murder, his lawyers needed to throw the blame on someone besides their client. They settled on a vague story about drug dealers somehow tied to a close friend of his wife, Nicole Brown Simpson. The defense never even tried to explain why these malefactors “would have wanted to kill Nicole Brown Simpson (much less Ron Goldman),” Jeffrey Toobin wrote in his book about the trial. “That wasn’t the point of the defense strategy.” All the defense had to do was muddy the proverbial waters and gesture at an alternative theory of the crime.

"The Republicans’ Fantasy Investigation" is from the January 13, 2018 Opinion section of The New York Times. It was written by Michelle Goldberg and narrated by Kristi Burns.