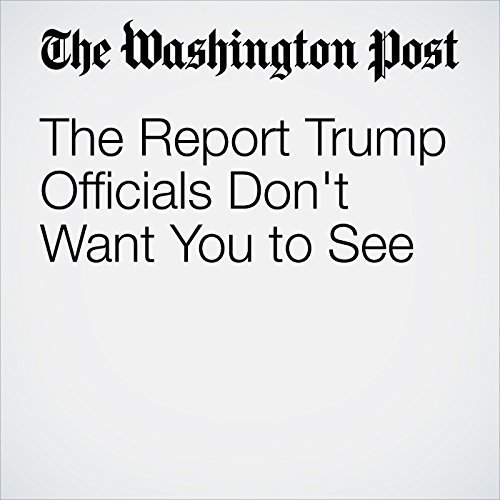 Psst. Hey, you. Wanna read something dangerous?It’s a government document so incendiary that the feds have tried to suppress it. They’ve purged it from their websites and disavowed its claims.But it’s not about Roswell, or who killed JFK. It’s not even about climate change.

"The Report Trump Officials Don't Want You to See" is from the October 02, 2017 Opinion section of The Washington Post. It was written by Catherine Rampell and narrated by Sam Scholl.