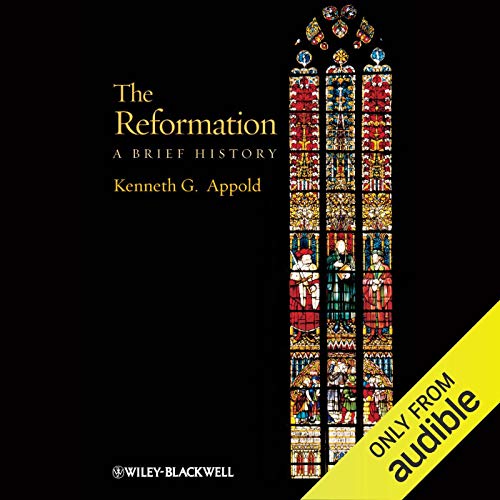 The Reformation: A Brief History is a succinct and engaging introduction to the origins and history of the Protestant Reformation.

Would you consider the audio edition of The Reformation to be better than the print version?

I haven't read the printed version but the Audible version is very much like a textbook.

I was surprised that Martin Luther, while important, was not the primary driver of the Reformation. There were many more individuals involved in largely local efforts to reform the church from Switzerland to Scandanavia to Eastern Europe.

The way Martin Luther survives his persecution from the Church was particularly interesting.

The book is full of rich material that tells a tale much broader than I would have thought. The Reformation was not the work of any one individual or any one place. This work reads very much like a textbook (perhaps it is intended as one) which packs a lot of information into a small space. Unfortunately, the performance sounds a bit like a computer-generated voice that is a bit halting and choppy.