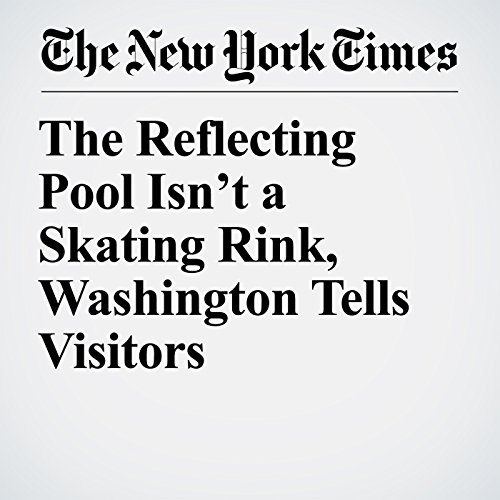 With extreme cold blanketing parts of the East Coast this winter, the slick allure of ice has been too tempting to pass up for some. There have been plenty of opportunities for sliding, slipping and skating — even in places where it is risky and not allowed — from Boston to New York to the nation’s capital.

"The Reflecting Pool Isn’t a Skating Rink, Washington Tells Visitors" is from the January 08, 2018 U.S. section of The New York Times. It was written by Christine Hauser and Emily Baumgaertner and narrated by Kristi Burns.