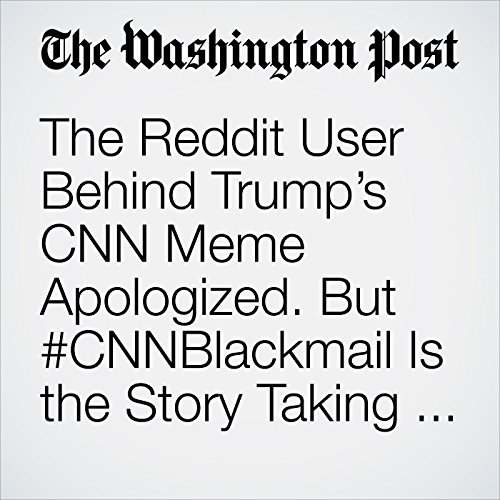 The Reddit user said he never intended his anti-CNN meme — you know, the one tweeted by President Trump in which the now-president beats up CNN in a wrestling match — to become a call for violence against journalists.

"The Reddit User Behind Trump’s CNN Meme Apologized. But #CNNBlackmail Is the Story Taking Hold." is from the July 05, 2017 National section of The Washington Post. It was written by Abby Ohlheiser and narrated by Sam Scholl.